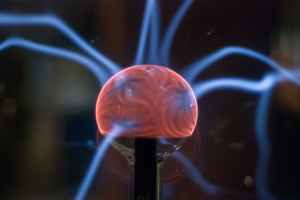 A mass shooting became one of the ordinaries in the US. This fact itself is quite mournful, but some of them are actually set up by the spies, more mournful. CIA should denounce it as a result of the rogue agents, though they cannot avoid their responsibility in any way.

We are going to analyze the prominent case which was almost certainly triggered by the spy operation: i.e. the perpetrator was manipulated through the electromagnetic wave.

There was a mass murder shooting at the Navy yard in DC, on 16 Sep 2013, with 12 deaths and several non-fatal injuries. This case gathered attention due to the number of deaths and due to the location as it took place in the highly restricted area, the Navy base.

The oversight committee at the House issued a report on this incident concerning why he got the security clearance to trigger the shooting in the base. The title is,

“SLIPPING THROUGH THE CRACKS: HOW THE D.C. NAVY YARD SHOOTING EXPOSES FLAWS IN THE FEDERAL SECURITY CLEARANCE PROCESS”.

This focal point raises an issue; did the committee recognize that this shooter was manipulated through the electromagnetic wave? Our conclusion is that they realized it was highly likely triggered by the mind control through the wave.

The executive summary condemned “he complained that individuals were using a microwave machine to send vibrations into his body. None of this information was ever given to an adjudicator who had the ability to pull Alexis’ Secret level clearance, which he maintained until September 16, 2013.”

This statement is meaningful that this staff claimed that his clearance should be pulled as he complained he was a subject of the microwave machine, not because what he said was too delusional to keep the clearance. This is not an issue of his psychiatric state but his experience.

48-1 [Criminalization by the radiowave]: the emotive manipulation might create a criminal mind

48-2 [Criminalization by the radiowave]: the rational step to create a criminal

This report was finalized on 11 Feb 2014, almost half a year after this shooting. There were several issues suspected that the electromagnetic manipulation was used to create severe damages in this half of the year, but moreover, they knew what happened to me.

I have also been a subject of this same technology overtly since Mar 2013 and all the US Congress members should know the electromagnetic manipulation at some point in 2013. It means they definitely realized it in early 2014 when this paper was published.

3-140 [Direct voice to the brain]: I realized there is a technology to deliver the voice directly to the brain, but not sure what it was at that time

This is one of the explanations why the electromagnetic wave was used to manipulate this shooter to kill the innocent people and there are more ways to prove this conclusion.